Do you ever feel like your name is lost in a “sea” of other coaches? Are you ready to finally make some serious money in coaching and take your business to the next level?​

Discover How to Move Beyond the “Pack,” Gain Undisputable Credibility, Speaking Invitations, Interviews, Book Contracts, Passive Income and Become the #1 Authority in Your Field for Years to Come

(…But you must move fast, because once another coach in your niche starts using this strategy, you may need to go elsewhere!)​ 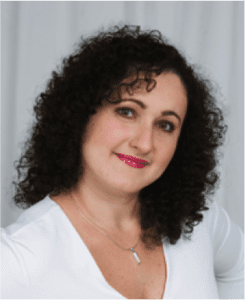 My name is Milana Leshinsky, and I have stumbled on something so important, I couldn’t keep it to myself!

Let me cut straight to the chase.

Today there are more than 50,000 coaches in the world, and the number is still growing.

I am not talking about competition — my belief is that there is no competition when it comes to coaching.  However, it’s incredibly easy to get lost – even if you’re a terrific coach! – in a large community of people who offer the same service (at least on the surface) as you do.

So how do you put yourself apart from the rest?

How do you make yourself your client’s #1 choice?

How Do You Make High-Paying Clients, Who Only Want to Work With the Best, Choose You? No Pricing Objections, No Negotations of Any Kind – they want YOU!

Both, you and I know the answer…undisputable credibility.

How do you get it?

There are many ways to get to the top of the “pack.”

There’s good old knuckle-busting hard work, such as sitting at your computer 12-14 hours per day, hunting down every promotion opportunity you can find, which leaves little time for coaching and doing the things you really love…

You can keep buying products and programs on marketing and promotion…

Or, you can do something a lot more effective, that will give you instant credibility, brand recognition and an income stream for you and your family for years to come.

How One Coach and Author Licensed Her Way to International Six-Figure Success, and How You Can Do the Same!

The first time, I was too stupid and naive to sit down and ask her questions.

The second time, I really spent some time with Suzanne and realized how brilliant she was in practically taking the self-help industry “by storm!”

Not only did she create a wonderful workshop called How Much Joy Can You Stand?, but she’s gotten 255 other people around the world sharing her work with over 25,000 people she would’ve never been able to reach otherwise!

Suzanne built her training program over two years of endless tweaking. It began as a live event. Then it became an e-course with teleclasses.

There were problems to solve, legalities to sort out… And there was no one to show her how to do it. So, she figured it out for herself.

Suzanne put together her workshop, and after successfully leading it herself, she decided to turn it into the Joy Facilitator’s Training and license other people in leading it.

Hundreds of people around the world are helping her build her brand, reaching thousands of people, and bringing over $50,000 a year in licensing payments alone!

But that’s not all…

By adding a licensing program to your business, you can achieve what you didn’t think possible!

What Are All These “Big League” Coaches Known For?

Depending on what circles you spend your time in, you probably know these people or at least heard their names before…

What do they all have in common?

Kick-butt licensing programs, that’s what! Which is probably how you know about them in the first place.

Creating your own licensing program is like taking a shortcut to the big leagues.

Sure, you can work hard, “huff and puff” trying to build your practice.

But the minute you start licensing your material to others, you OWN your niche, you are in the “big leagues”…case closed!

So, now that you understand what a licensing program can do for your business, how do you create one yourself?

How do you get started?

Step-by-Step Proven, Road-Tested Program That Shows You Exactly How to Start Licensing Your Own Workshops and Training Materials

After my conversation with Suzanne this summer, seeing the brilliance of licensing programs, I started wondering…

Why don’t more people do this?

Why don’t more coaches, authors and trainers license their work?

So we decided to ask our subscribers by sending out a survey.

The response was overwhelming, the questions started pouring in, and I knew exactly why there were so few licensing programs out there…people just don’t know where to start!

So I turned to Suzanne for helping me put together a simple-to-follow system based on her extensive experience…which is now available here!

Licensing Revenue Secrets audio program covers the six critical areas (you can also click the green “play” button to listen to a sample of the program below):

You will learn in clear, simple, step-by-step instructions:

Suzanne gives you all the nuts and bolts of exactly how to create your own licensing program in a way that no one’s done before!

Everything Suzanne has learned about licensing workshops and seminars has been poured into this program. She learned the hard way SO YOU DON’T HAVE TO. 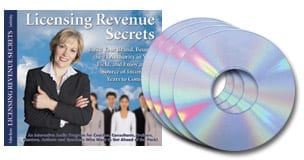 A 40-Page Fill-in-The-Blank Workbook Will Help You Get Your Program on the Road FAST!

To guide you while you’re listening to the audio program, Suzanne put together a hands-on “action plan” workbook.

Here is what you’ll find in it:

There Are Many Reasons Why Facilitators Simply Rave About Suzanne’s Own Licensing Program:

“I led my first Joy workshop last month at a large bookstore … the event sold out with a waiting list, and I received a wealth of positive feedback and valuable testimonials. I am delivering another one next week!” -Teresa Quilty

“I recently received my “Facilitator’s Workshop: and from the moment I opened the package I have been beside myselft! I love it, LOVE it, love it, and am so thankful and excited about all the information and possibilities you offer.” -Kate Henry

“The Joy Facilitator’s Training exceeded my expectations in the simplicity and very valuable information of how to set these seminars up.” –David W. Carter

“I’m astonished and delighted at how comprehensive your Facilitator’s Workshop is. Well done! It’s a wonderful tool.” -Sue Johnston

“I couldn’t buy Suzanne’s company so I bought the rights to lead the workshop in French! This is the best on the market. Thanks Suzanne.” -Laure Cohen

“I found your course thorough and inspiring. The materials were clear and concise. I was very impressed with your business acumen as well as the intention and energy in your work.” -Deb Huenke

“You seem to anticipate every possible question or concern that a person new to giving workshops might have… I greatly look forward to implementing what I have learned.” -Lauren Miranda

“This course exceeded my wildest expectations! I completed the course feeling that I absolutely CAN go out and lead these workshops! Thank you, Suzanne, for an incredible course!” -Joyce Bennett

Suzanne Spent 2 Years and $7,500 Trying to Figure Out How to Create a Licensing Program…So YOU Don’t Have to!

So how much does this 6-part audio program and the 40-page jam-packed fill-in-the-blank workbook on MP3 files cost you?

You’re probably thinking this product is going to be painfully expensive — after all, you’re going to increase your income substantially if you license your work, right?

But our mission here is to spread the idea and the possibility of licensing your work, and to reach as many people as possible.

And, although it would cost you over $1,000 dollars to have Suzanne coach you through this process, and do the research on possible licensing models available to you, you can get your hands on this information for just a fraction of the cost.

We’re offering it for a very reasonable $497.00. A price any committed business professional can afford. And a very good deal for 4 hours of recorded, road-tested, solid gold information plus a jam-packed workbook. (We even consulted an attorney to make sure this program is as accurate as possible!)

We have also decided to include a FREE BONUS to make sure you have everything you need to put this into action!

We’re commited to providing you with the very best product we can muster up. But sometimes, for whatever reason, you might feel the need to return it. We’ve got a reassuring 30-day return policy. Send it back to us in good shape within 30 days of receipt, and we’ll return your full purchase price.

May you send your work out into the world and receive back rich, rewarding fulfillment.

P.S. By the way, we have set up a special support group on Yahoo! for people who want to create their licensing program. So go ahead, purchase the program and you’ll gain instant access to it and other resources that will make your program development easier than you ever thought possible!

Take the scalability quiz
and get Your FREE Guide!

Everything you need to deliver and scale your coaching programs.

Finally, software that makes it possible for you to just show up and coach. 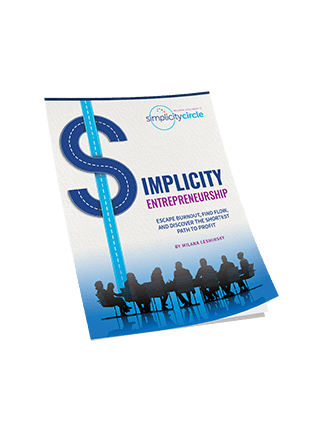